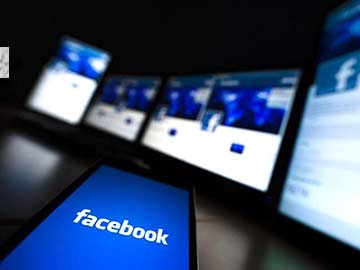 Projects by Google and Facebook aimed at providing wireless Internet access with the help of unmanned aerial vehicles have entered the phase of preliminary testing and every necessary authorization. As the projects are in progress, new details of developing UAVs that will serve as airborne Wi-Fi access points are being revealed.

Yael Maguire, Director of Facebook Connectivity Lab, stated in his interview that their project includes launching of drones as big as a passenger aircraft Boeing 747. Judging from the current developments, giant UAVs will be able to remain airborne during several months or even years without the need to land.

‘Basically, we have to construct the vehicle in such a way that it can function properly regardless of natural factors and drastic weather changes. The drones that will fulfill that purpose need to reach the size parameters of modern passenger airliners’ – Yael Maguire shared the plans of Facebook.

However, some time later it was added that the real UAV model will be as long as six or seven Toyota Prius cars. Converted to the more understandable metrical system, this size equals 27 to 32 meters.

It is yet not known what countries will join the program of Wi-Fi drones test flights and testing of their functioning in real conditions during a long period of time. According to Mr. Maguire, Facebook is hoping to test their construction in American sky as early as in 2015. Also, India and 21 country more – in Africa, Asia and Latin America – are supposed to provide their airspace for Wi-Fi access. However, approval and regulation of drones’ flights regarding legal peculiarities of each state and their restrictions of UAV traffic remain the priority as project details are made public.

From the technical point of view, there is nothing impossible in the ultimate aim of Facebook. Yet one should not forget that some start-ups failed after facing an impassable obstacle represented by the bureaucratic mechanism and the need of authorization by the state.

It is only obvious that Facebook projects with their UAVs, as well as Google with its aerostats and drones for Wi-Fi Internet access seem to be quite interesting, promising and ambitious innovations that will encounter a lot of difficulties before they are launched.